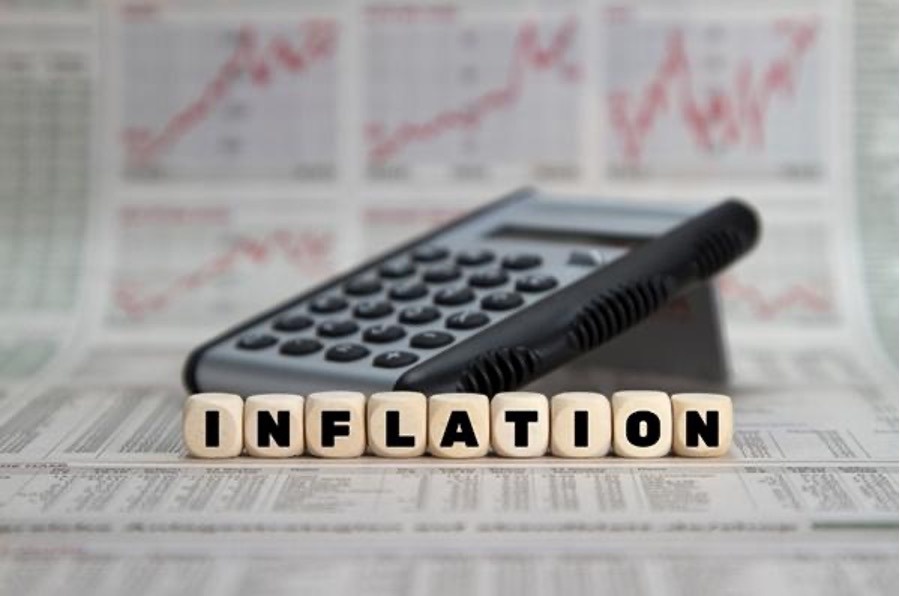 Inflation Keeps Going Up. Will It Last?

What the Federal Reserve initially labeled as a transitory period of inflation back in April 2021 has become a much larger issue. By December, the Fed announced that inflation could no longer be considered short-term. And now, closing in on the end of 2022, it seems like the elevated levels of inflation have no clear end in sight.

The best way to assess the situation is to take a look at the factors surrounding why inflation is rising. The COVID-19 pandemic was unlike anything the world has ever seen. The entire global economy came to a complete standstill for the only time in modern history. It’s to be expected that the rebound from such a once-in-a-lifetime event will be just as enigmatic as the event itself.

Before you panic, all this is not to say the future is bleak. Rather, we must temper our expectations so we can properly plan for the future and mitigate potential risk. Here are some reasons why inflation has increased in the past year and what it means for your long-term purchasing power.

According to Investopedia, inflation is a decrease in the purchasing power of money, reflected in a general increase in the prices of goods and services in an economy. It can be characterized as persistent or transitory. Transitory inflation is short-term and happens when supply doesn’t meet demand. If left unhandled, it can turn into persistent inflation, which results in a long-term increase in prices due to a continuous mismatch in supply and demand.

The Consumer Price Index (CPI), which is a common measure of inflation, reached 9.1% in June 2022! This is the highest inflation rate in 41 years, and it is significantly higher than the typical 2% rise we see in an average year. (As of August 2022, the CPI is down to 8.3%, but that doesn’t mean we’re out of the woods.)

In response to this record-breaking inflation, the Fed has raised interest rates three times since January. Most recently, rates were raised by 0.75% on June 15th, the largest hike in a single meeting since 1994. As alarming as this already is, further raises are expected, up to approximately 3.4% by year’s end. This suggests another 1.75% in total rate hikes, spread across the remaining four scheduled policy-setting meetings this year, a much steeper path of rate hikes than was predicted in March.

Why Is Inflation So High?

To better understand why inflation has run so rampant, let’s take a look at the factors contributing to its rise.

When the COVID-19 pandemic first hit and millions of Americans were furloughed or laid off, drastic economic measures were taken to keep the country afloat. The U.S. government instituted expansionary monetary and fiscal policies in order to pump money back into the economy, increasing the money supply at a rapid rate. It jumped from $15.5 trillion in February 2020 to $18.8 trillion in October 2020, an increase of over $3 trillion.

Though experts agree that these drastic measures were necessary to keep the economy from collapsing, they also agree that the increase in money supply devalued the dollar, meaning it takes more dollars to buy the same item since each dollar is less valuable.

This issue is further compounded by the current trade deficit, which is sitting at $85.5 billion as of May 2022. Because the U.S. buys (imports) more than it sells (exports), a devalued dollar relative to other countries’ currencies drives the cost of imported goods up even more. It’s tempting to write these issues off as fallout from the pandemic, but the trade deficit is not a new issue. In fact, the U.S. has seen a deficit every year since 1975. This indicates that the rise of inflation is not a new issue either, it’s just been sped up and exacerbated by the increase in government spending in response to the pandemic.

If there’s one thing that’s been in the news even more than inflation concerns, it’s supply chain disruptions. Since the vaccine rollouts and slow return to pre-pandemic life, companies have struggled to keep up with manufacturing and distributing goods. This is because many distribution centers cut their hours when the global economy came to a halt in anticipation of a huge drop in demand for consumer goods. The drop in demand, however, did not come.

As people across the globe spent days, then weeks, then months in their houses, demand skyrocketed for exercise equipment, home goods, and office supplies. Factories increased their output, but the distribution chains have struggled to get everything where they need to be.

Additionally, the increased production has also caused a shortage in raw materials, thereby exacerbating the gap between overall supply and demand for even basic items. As demand continues to outpace supply, prices are driven higher and higher.

Continued labor shortages are another factor driving inflation. In what is being called “The Great Resignation,” millions of workers across America have quit or considered quitting their jobs as they reevaluate the role that work plays in their lives. As such, many companies are finding that they have to pay higher wages in order to attract and retain employees. These increased costs often get passed through to the customer in the form of increased prices for goods and services.

The flip side of the labor shortage issue is the passage of the $15 federal minimum wage. Many states are following suit with plans to increase their respective minimum wage thresholds. So even if companies weren’t paying more for labor because of the struggle to find workers, they would still be paying more due to increasing minimum wage. Again, these increased costs will be passed through to consumers, and it will be more than just a transitory change in prices since the minimum wage laws are permanent.

The War in Ukraine

On February 24th, the global economy was dealt another blow as it tried to recover from the effects of COVID-19 when Russian forces officially invaded Ukraine, setting off a deeply troubling crisis and exacerbating the factors propping up inflation.

As the geopolitical conflict escalated to a full-fledged war, many countries reacted by levying sanctions against Russia as well its elite oligarchs. Countries including the United States, the United Kingdom, Canada, and the EU, among others, have frozen Russia’s international assets, banned imports of Russian oil and gas, and targeted wealthy individuals and businesses in the country as a way to put economic pressure on Russia to end the war.

The side effect of these sanctions has been an intensification of supply-chain disruptions,  further increasing global prices in the energy, food, and commodity industries.

How Long Will Inflation Last?

It’s tough to say exactly how long inflation will last, but based on these four variables, it could be a couple years before we return to the target rate of 2%. As our global economy shifts, trade alliances change, and we experience the ongoing effects of the COVID-19 pandemic, it seems to be an issue that will persist for the foreseeable future.

Let Us Help You Protect Against Inflation

Of course, you’re concerned about inflation; it’s understandable. Many of us are not only worried about how inflation will impact our current finances, but also about how it will affect our long-term goals. That’s why it’s essential to be realistic about how long inflation could impact your financial plan.

It’s important to keep in mind that you don’t have to go it alone. At Grace Wealth Management Group, we create a custom-tailored financial road map designed to guide you toward your financial goals, including straightforward and innovative financial solutions that align with your unique needs. And we have the tools and expertise to guide you through a long-term inflationary environment. We will review your investment and retirement plans for proper diversification and risk tolerance levels, ensuring you are properly protected no matter how long this increased inflation lasts. To review your plan today, schedule a complimentary consultation here, call me at (949) 631-3840 x2, or email jbang@cfiemail.com.

Jim Peters is an independent financial advisor and the founder of Grace Wealth Management Group, Inc., a full-service financial firm committed to helping people pursue their financial goals. With more than 24 years of experience in the industry, Jim combines his extensive knowledge with his genuine interest in helping people pursue financial independence. Beyond his experience, he is certified as both a Chartered Life Underwriter® (CLU®) and Chartered Financial Consultant® (ChFC®) professional, meaning he has advanced training and knowledge in financial planning and insurance. Based in Irvine, California, Jim specializes in working with individuals, families, and businesses throughout Orange County. To learn more, connect with Jim on LinkedIn or visit www.financialadvisorirvine.com.